Portland Rock and Roll Half Marathon 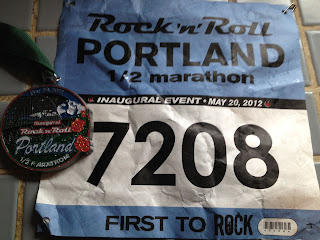 A year ago I signed up for the first Portland Rock and Roll half marathon, the price was cheap and I wouldn't have to travel for the run.

3 months ago the route was announced, it was going to be in SE Portland, running right in front of my house and pretty close to Susan's. I was excited.

Fast forward a year, I am much more into trail running than road running. I find out Susan is going to be out of town race weekend, I have never run a race by myself. The closest I have come is a 5k last year I ran with Oscar the dog. It isn't that I can't run by myself, I am just afraid I will get bored. John, Chris and Karrla were all suppose to be out of town; I normally can count on them to cheer me on. Then I get a notice from the race saying I cannot park in front of my house (are you kidding me??)! Courtney even said to me, "let me get this straight, you are paying for the benefit of running in front of your house and not being able to park there?"

As you can probably guess I was not that excited about the race, but I signed up for it and I was going to do it. Even the day before the race I wasn't taking it that seriously, I went on a pretty intense hike and drank several beers in the evening.

Race day, Chris and Karrla didn't go out of town so I knew they would be outside cheering me on. Since the race went through SE Portland, I actually ran by several of my friends' houses and a few of them were outside cheering people on. It was really awesome to have so many familiar faces out cheering people on in the rain. It was also pretty cool running pretty familiar routes with so many people. It had been awhile since I had run a race that large and I had forgotten how awesome the race energy is. The miles flew by, I thought about Susan a lot but it wasn't until the last 1/2 mile that I really missed her; I didn't get to race her to the end.

And yes I would run this race again next year, but only if Susan and/or my dad are running it with me... or maybe Courtney. 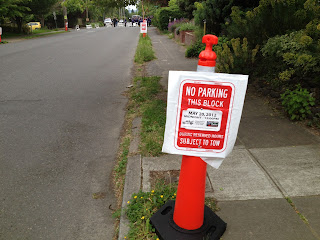 No parking in front of my house 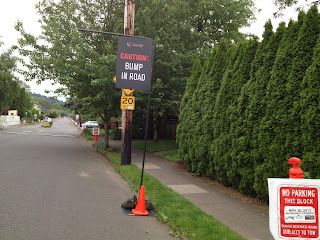 Across the street from my house, watch out for the bump! 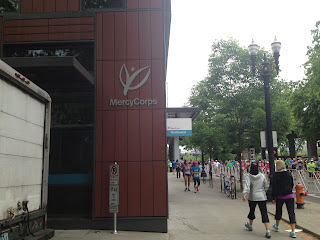 Start of the race, in front of Mercy Corps. 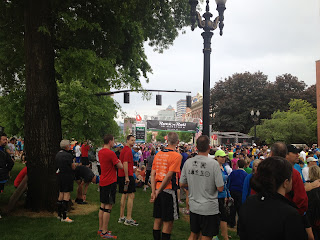 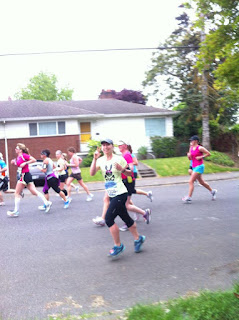 Me running in front of Chris' house 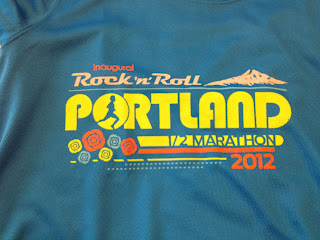