By Ann Wallace - February 01, 2014
I signed up for the Orcas Island 50k as a solo run months ago when it looked like Susan wasn't going to be able to come to New Zealand to run the Tarawera 60k with me. I felt that mentally I needed to run a 50k by myself, so I wouldn't be as anxious about running Tarawera solo. The timing of the Orcas Island 50k was perfect, just a little over a month before Tarawera, plus it was being put on by Rainshadow Running. James and his team from Rainshadow Running put on some of the best trail races in the Pacfic Northwest.

Oh me of little faith, Susan as able to get work, a family vacation and New Zealand all to line up and work out. But by this time that Orcas Island 50k was sold out, so she couldn't join me, and we had also changed from the Tarawera 60k to the 85k, I knew the 8400 feet of elevation gain on the Orcas Island 50k was going to be good training for Tarawera, but it still didn't make it any easier mentally knowing she wouldn't be joining me. I know people run 50ks and longer by themselves all the time and I do run without Susan, but why would I want to if I didn't have to? We have so much fun running together and when one of us hits a mentally hard part in a run / race the other one is there to help pull the other one out. It is like we are each other's pacers. 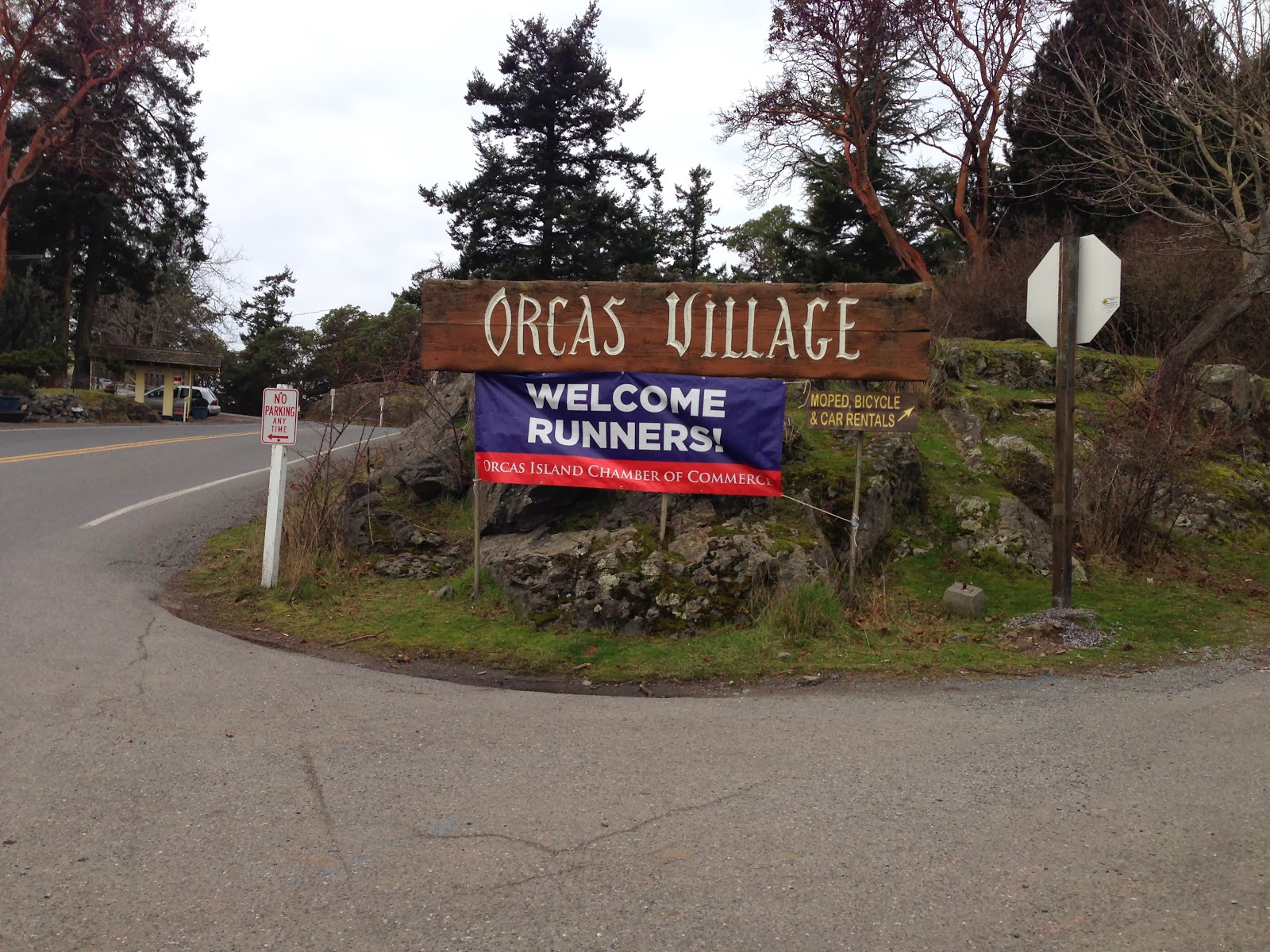 Race Weekend:
My sister, biggest fan and supporter, Courtney, spent the weekend with me on Orcas Island. Courtney has been at more of my finish lines than I can count. Courtney and I also spent a long weekend on Orcas a few years ago in a tiny yurt at Doe Bay, which somehow our theme song for the weekend became, Ottis Redding's "Sitting on the dock of the bay". We were both looking forward to another weekend together on Orcas, but this time renting a house with separate beds. Which ironically the house had very long dock across the street from it. The song came up several more times over the weekend.

Race Day:
I decided to do the early start for the race, I figured I would finish before the normal cut off time, but I want to be able to spend more time with Courtney and this is a seriously tough course. I can't tell you how nervous I was in the morning, and it wasn't about the distance it was about running solo. I felt a little more at ease when I walked into the lodge before the start and spotted Ben another runner from Portland. He introduced me to several other women all named Ann(e). A few minutes later we all lined up at the start and we were off.

We started off with a bit of single track downhill before hitting the pavement which went uphill for several miles. A lot of people started to walk at this point and I knew I could run it, but I knew this was a hard course with 2 major climbs at the end and I should probably the the lead of most people and walk the hill. I was still feeling pretty anxious about my solo 50k, so I started to chat with some people to take my mind off things. Around mile 5 we got to the top of the hill and people started to bomb down pass me, which was a little nerve racking, again the little mental voice popped up asking, "why I was I doing this race without Susan, what do I have to prove?" I told myself all I had to do was make it to the aid station at mile 6.4 and I could call Courtney to come get me at the next aid station.

Cell coverage on Orcas is a little spotty, but I actually was able to text Courtney and tell her I wanted to drop out and asked her to pick me up at the next aid station. She said she would be there. At that point I knew all I had to do was make it another 8.2 miles to the next aid station. Somehow all of a sudden I was in a much better mood. I ran and chatted with a few guys for awhile and finally passed them, then I got passed by Hal Koerner and I was on cloud 9. I started doubting my decision to drop out, but then I thought at some point everyone has to have a DNF and it would make for an interesting blog post. Then I got to the aid station and realized there was no way Courtney could drive to the aid station and of course there wasn't any cell coverage.

At that point I was almost half way done with the race and I knew if I just thought about running 15 miles alone I could make it. So I started down the hill and kept checking my phone for coverage, after a few failed text messages, a call came through from Courtney, she said she couldn't make it to the aid station without hiking to it, but she would (she is the best). I told her not to worry about it that I would see her at the end, but it was probably going to take a bit longer than I expected.

After several glorious miles of downhill, I had to tackle the 2 kick-you-in-the-ass hills. First was the powerline hill, which there isn't even any point in trying to run it, some parts are so steep it is almost impossible to walk up them. The next hill goes up to Mt. Constitution, which was a little more runnable, I ran what I could and was so happy to reach the top and see the amazing aid stations volunteers. That is when I knew I was going to make it. One of the volunteers told me it was a few miles downhill followed by a few flat miles and a little hill at the end. With that in mind, I took off.

30+ minutes later I was still running downhill and wondering when I was going to hit the flat part and if this race was ever going to end. A few minutes later I saw the road and a sign that said 1 mile to Camp Moran, but I wasn't running on the road and the trail didn't look like it ran parallel with the road either. I was hoping the trail didn't snake around back into the forest and I still had several miles to go. Luckily that wasn't the case, soon I was running into what looked like an overflow parking lot and started going up a small hill. I was so spent that I started to walk up the hill, when a woman said to me you are almost there, run! And as soon as I started to run "Dock of the Bay" came on my iPhone and I saw the finish line, then I heard "Go Ann, go!" I saw my sister and ran across the finish line and gave her big hug and cried.

The Orcas Island 50k was one of the most beautiful courses I have ever run, definitely one of the hardest and the most mentally challenging. This race was all mental for me. But I proved to myself I can run a 50k without Susan, so now I don't have to do that again.