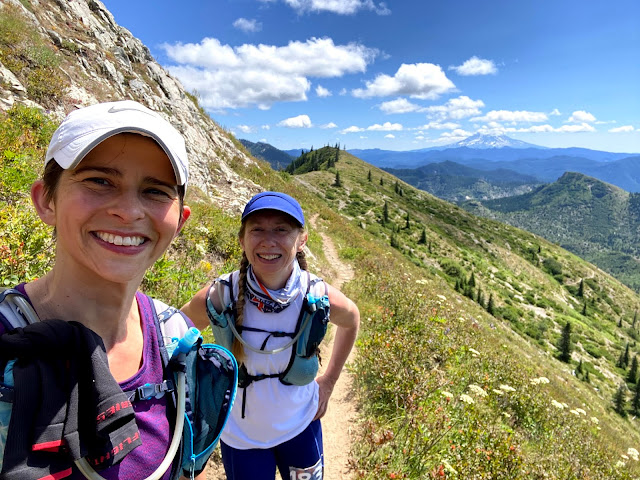 As we all started to get vaccinated and races started to open up for 2021, Susan and I got quite excited. We have wanted to do Backcountry Rise for awhile, but it always falls on the weekend after Labor Day, which is an annual trip for my family to the beach. But this year the race was taking place in July and had a 50 mile option. So we decided to sign up for it.

Well fast forward to a few weeks before the race, I decided that I should actually look at the race course. I mean I knew it was 11,000+ of climbing and that we ran the 50k + 20m course.  What I didn't realize was how much of the 20 mile course was actually the 50k course. I have a real mental block on doing multiple loops of the same course. I was also concerned about the cut off times. Despite having trained since January for the race I haven't gotten any faster in the last few years, I can blame covid weight or old age, but it is what it is. We (I) made the last minute decision to drop down to the 50k and luckily the RD let us. 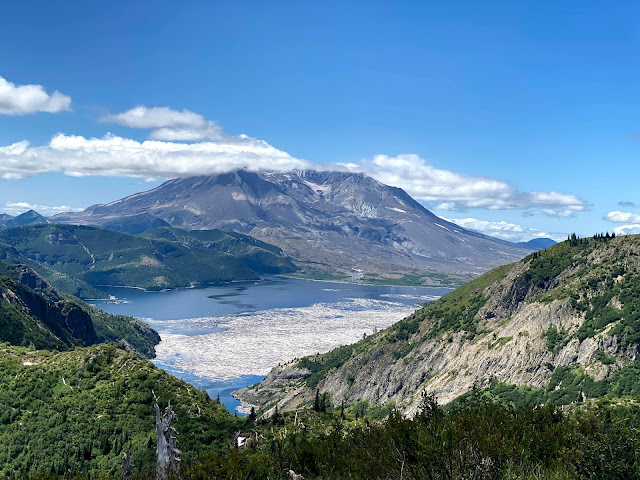 I felt guilty about the decision for days after making it, but after running the course I knew it was the right decision. The Backcountry Rise 50k was the hardest 50k we have ever ran. The day was hot AF with a lot of exposed areas, which didn't help. 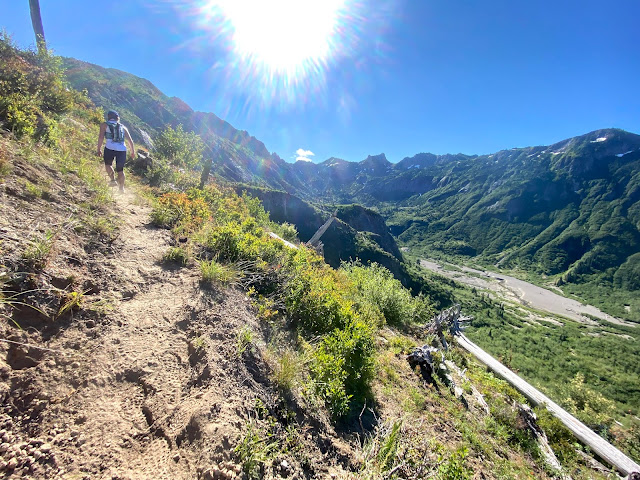 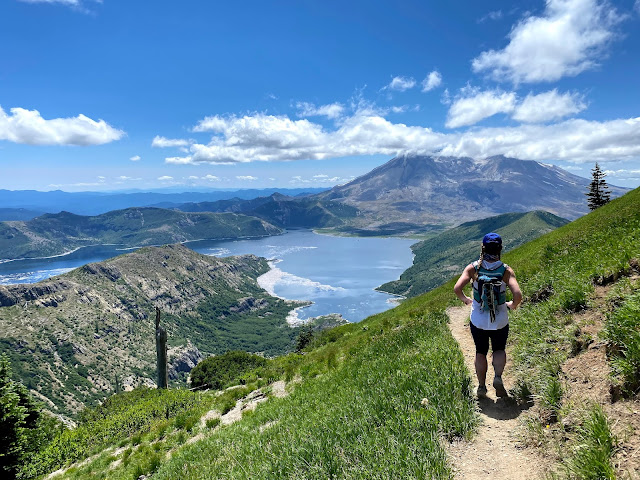 The first 5 miles went by quite quickly, it was completely runnable with a little bit of downhill but mostly flat. But the honeymoon period came to a crashing halt after those first 5 miles, then we had to climb for the next 5-6 miles. There was a little bit of downhill after mile 10, but honestly I don't remember it. There was another long climb until mile ~15, honestly all I remember is 10 miles of climbing but elevation profile on strava tells another story. 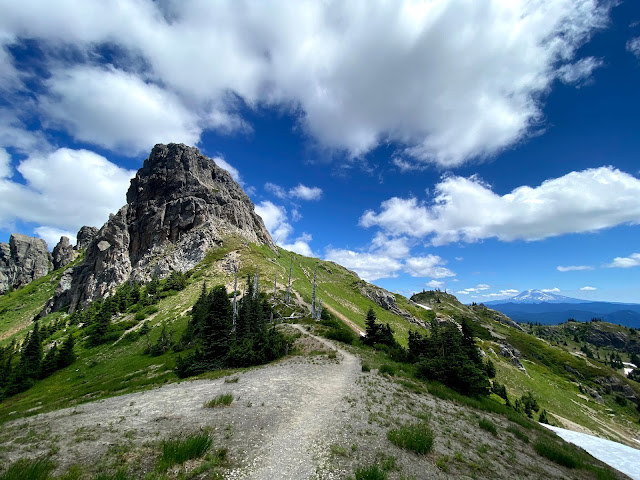 At this point we thought it would be a nice runnable downhill the rest of the way. Well it was also the middle of the day, so the heat had kicked up and not all of the trails were runnable. The last kick in the ass was the last mile and 500ft climb to the end. That 500 feet felt like 2000, so mean. Despite all of this we had a blast and really enjoyed ourselves. 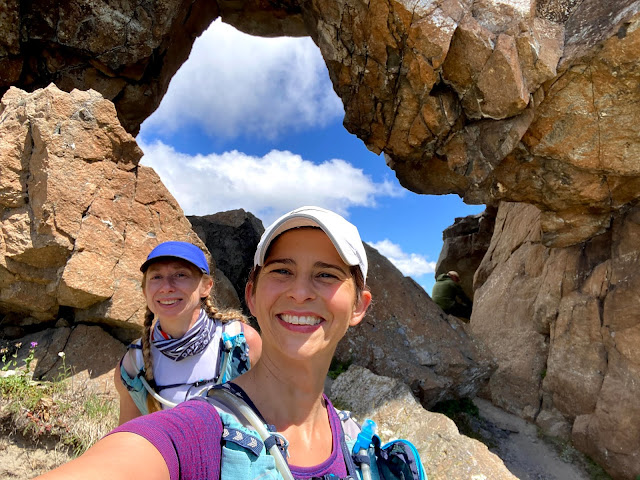 This might have been the hardest 50k so far but it is one of the most beautiful courses I have run in the US. We had views of all the surrounding mountains and tons of alpine lakes. I will let the pictures speak for themselves. 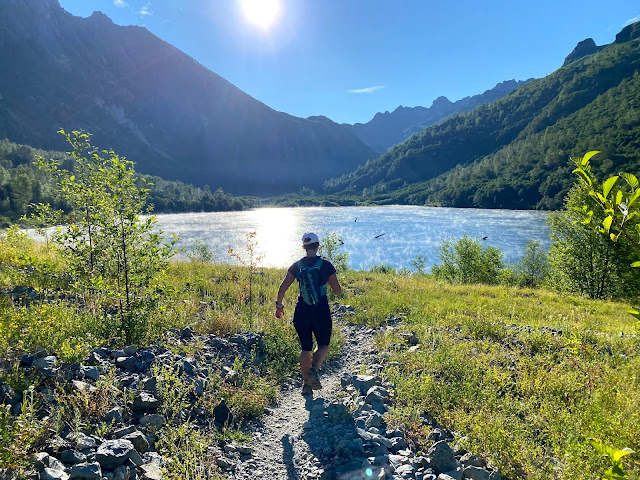 I would totally do this 50k again, not sure I would do the 50m though. 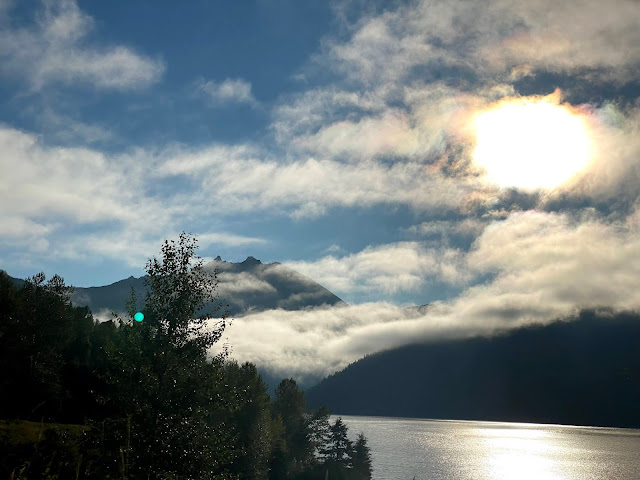 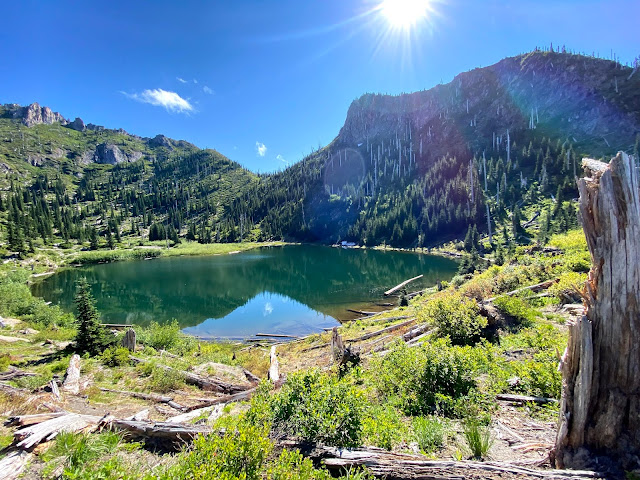 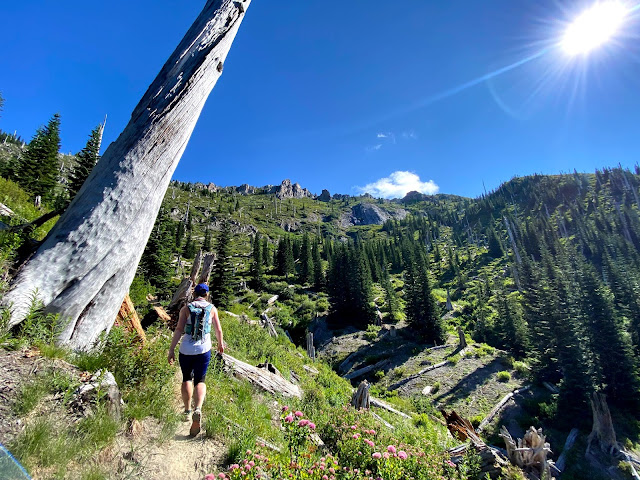 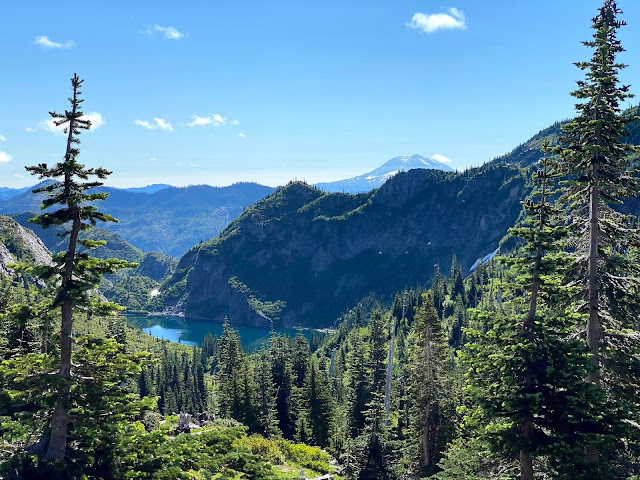 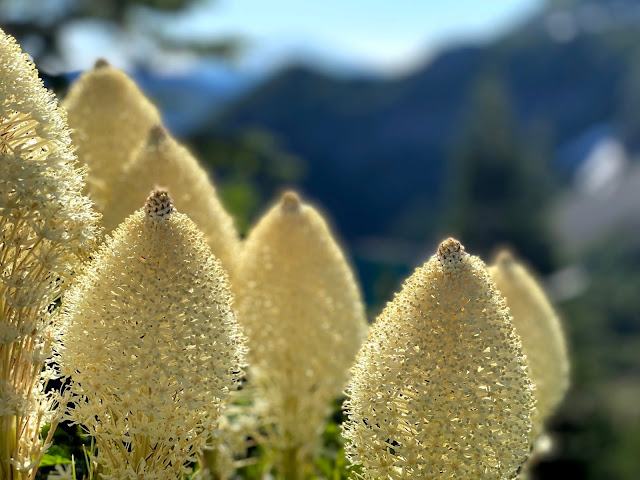 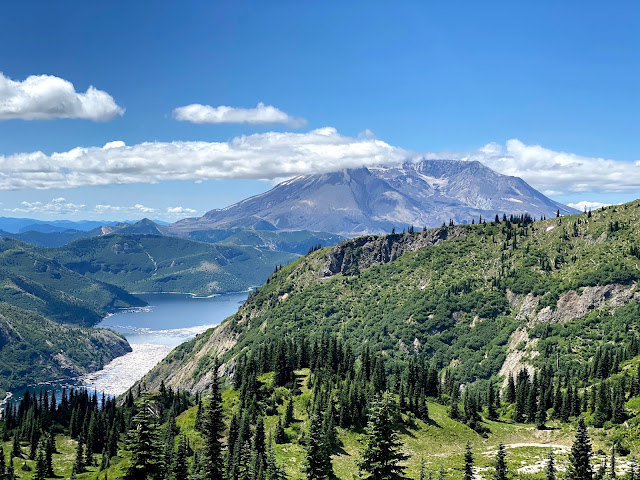 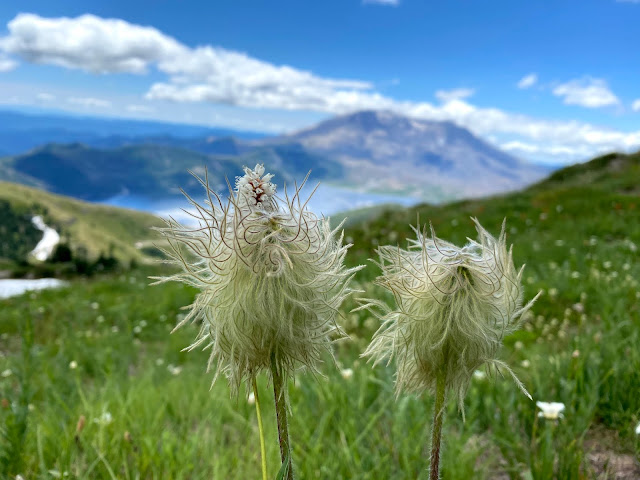 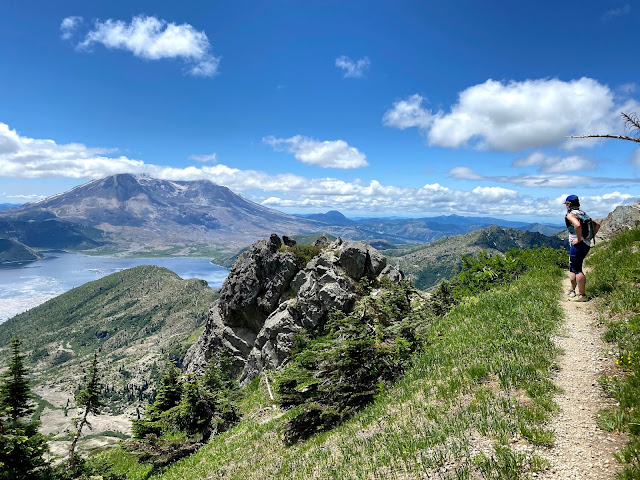 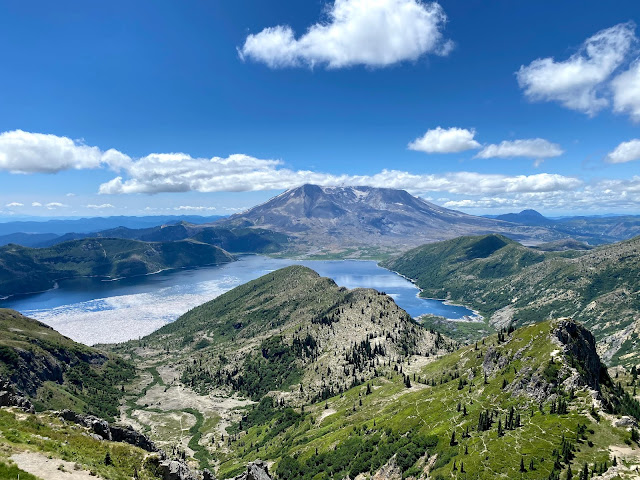 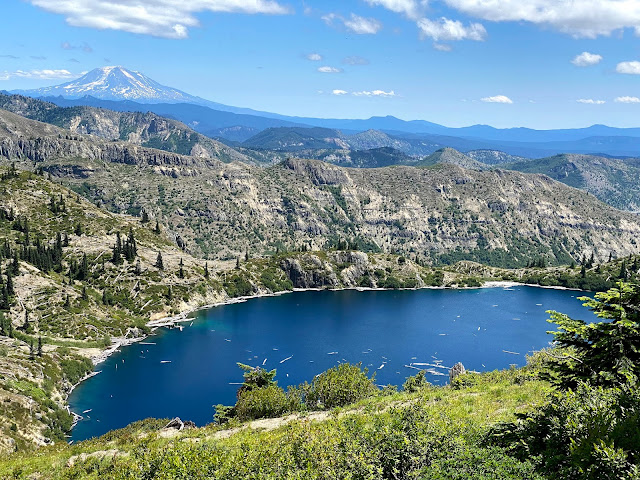 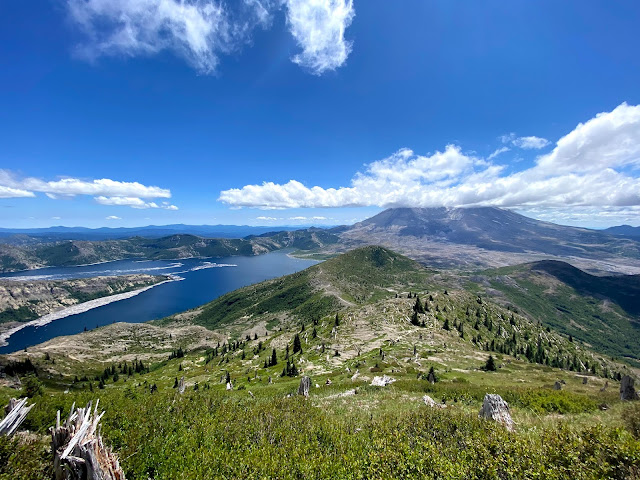 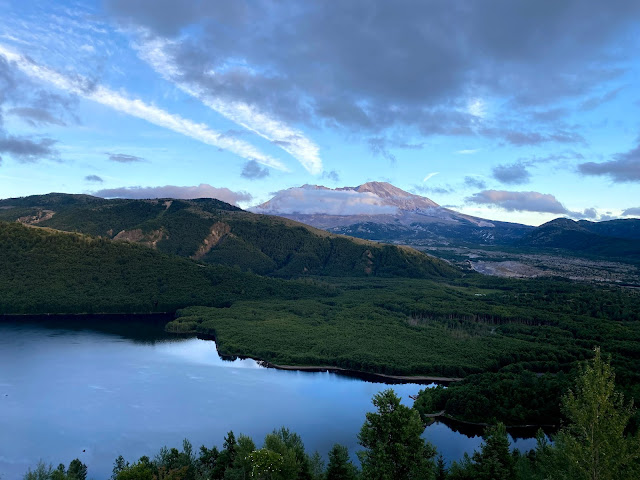 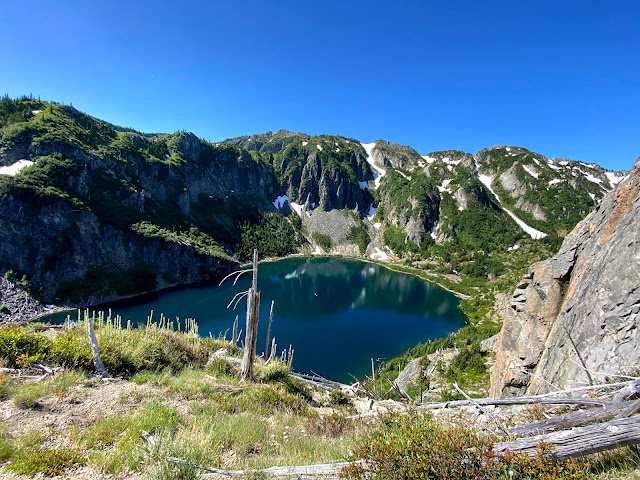 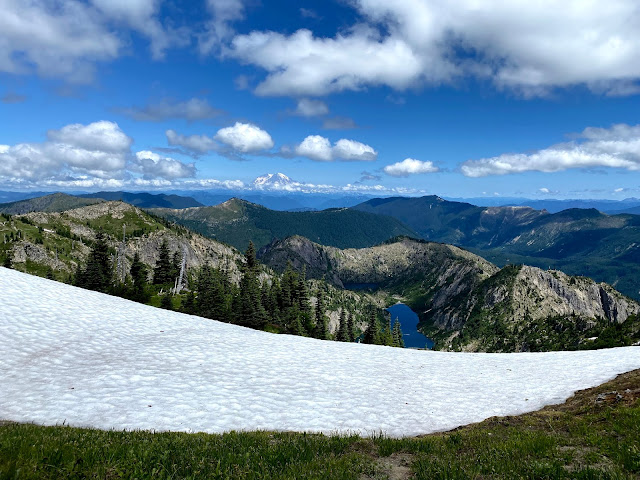 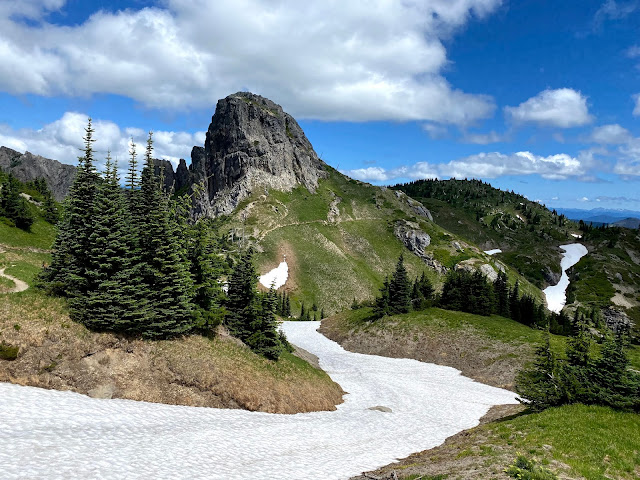