This originally was going to be a much longer post, but we have gotten so far behind on blogging that this is more of a tl;dr (too long didn't read) post.

In early April I had a work trip to San Francisco that kept me in the city over the weekend, so Susan decided to fly down for a running weekend. I didn't spend a lot of time planning a route, I pinged a running friend of ours, Guf who lives in San Francisco and asked for suggestions on a 30 mile route in the Marin Headlands. The night before our run he sent us a 30 mile Strava route, which we decided to use.
The weather was absolutely perfect for running, sunny and in the 70s. Though it felt pretty warm to us, since it was still winter like weather in Portland. We didn't think to bring sunscreen and we both ended up with some nasty sun burns.

We roughly followed Guf's route but got off a few times, but we were able to piece together a really nice 30 mile loop. We started at the Tennessee Valley trail head and ran to Muir Beach along the Coastal Trail, which brought back memories of running the Miwok 100k. From Muir Beach we made our way to Stinson Beach through Mt. Tam State park. In Stinson Beach we had planned to stop at The Siren Canteen for a snack but it was closed. We instead went to a beach side snack window and got an ice cream cone, fries and a coke. And we wonder why we don't loose weight when we run. 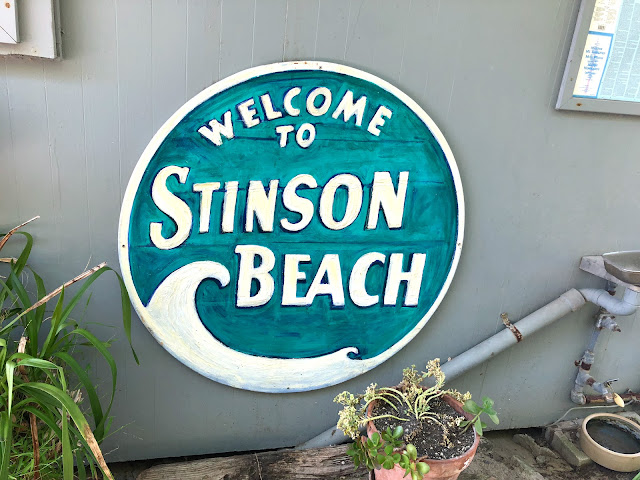 From Stinson we made our way up the Matt Davis trail, which brought back a lot of Miwok memories for me. The Matt Davis trail is the end of Miwok, where I was not doing well and my husband was worried about me and he hiked up the trail looking for us, but you can read our Miwok post for that story. From Matt Davis we made our way through all the people in Muir Woods, and the up the Dipsea Trail, to Miwok and back to Tennessee Valley. 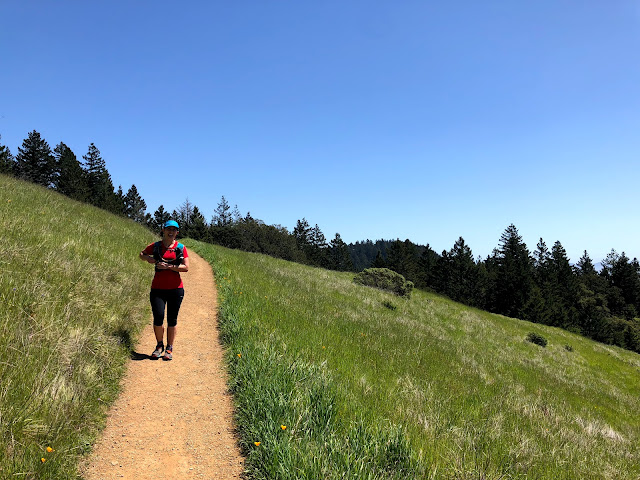 Despite a few wrong turns and a mostly DIY course we managed to run 30 miles and make it back to our car in time to meet some friends in San Francisco for dinner.

We typically try and take 1 day off a month from work to run somewhere further from the house, but being able to have a whole weekend to run and enjoy a different city without any other obligations was pretty special. We decided we needed to try and do this every 6 months or so. We even snuck in a second run in Golden Gate Park before Susan flew out on Sunday.