Our family hiking trip this year was in the Italian Dolomites, but before we met up with the rest of the family Gretchen and I spent 5 days exploring Prague. Why Prague? My husband was there for work, so I didn't have to pay for a hotel, plus I had never been there before and had heard nothing but wonderful things about it.

Gretchen started training for her first Ultra and Tri this summer, so she was all about making sure she was able to run while we were in Prague, which sounded perfect to me. We have found that Tripadvisor is a very valuable resource for recommendation on things to do, especially when traveling internationally. Gretchen started research things to do in Prague when she came across running tours in Prague. I had no idea that running tours were a thing! 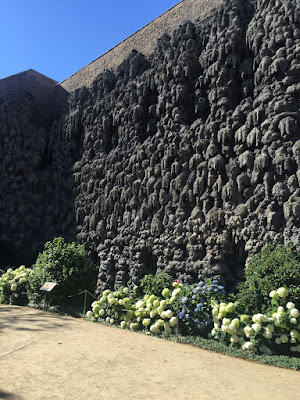 For our city running tour we ran with Running Tours Prague, it is owned and operated by Radim, who does this as a hobby because he loves the city and running, and it shows. He took us by most of the big tourist highlights, but he also took us by a lot of areas we wouldn't of seen otherwise. We did the tour the day after we flew in, so we were incredibly jet lagged, so I don't remember everything he told us but I did have a fantastic time and really enjoyed his enthusiasm for Prague. 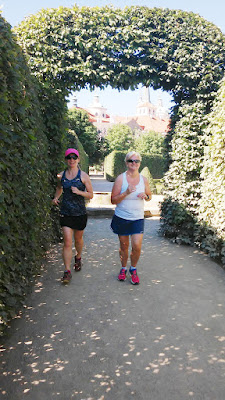 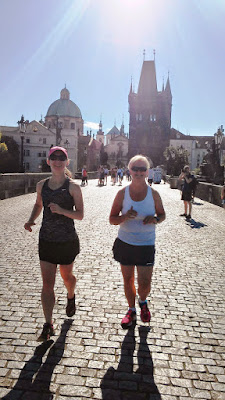 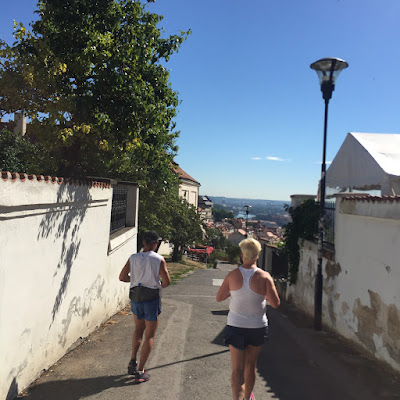 He took pictures of us a long the way and even recored the run on mapmyrun, though I think my Strava did a better job of capturing the route. 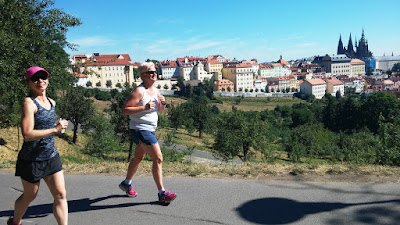 Our trail running tour was with Martin from Running Prague. We took a train from Prague to a suburban area of Prague and ran on a trail through rural a area of Central Bohemia to the UNESCO site of the Karlštejn Castle. We enjoyed running through the forest, country sides and seeing little villages. And at the end while waiting for the train we got to enjoy beer and fries. According to Strava we did close to 15 mile. A morning well spent! I do wish we had been able to tour the castle but at the end of the run all I was thinking about was beer and food, I didn't take anything with me to eat while running. 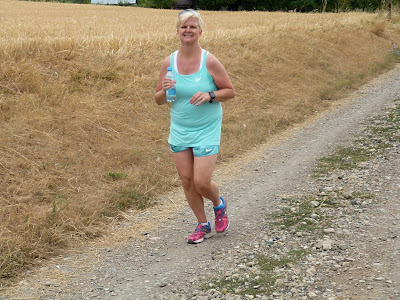 Now that I know running tours are a thing, I will definitely be looking for one the next time I am in a new city.
europe prague trail running travel
Location: Prague, Czech Republic