Yellow Jackets, Bears and the route from Salmon River to Timberline Lodge

A month from our first attempt at running the bucket list run of most MUT runners, the Grand Canyon R2R2R, we wanted to get in one big run outside of Forest Park to help clam our anxiety, despite having an amazing summer of adventure runs. We decided to take a Friday off of work 2 weeks before running R2R2R to run around Mt. Hood, which is similar distance and elevation gain as R2R2R2, though very different trails and environment. 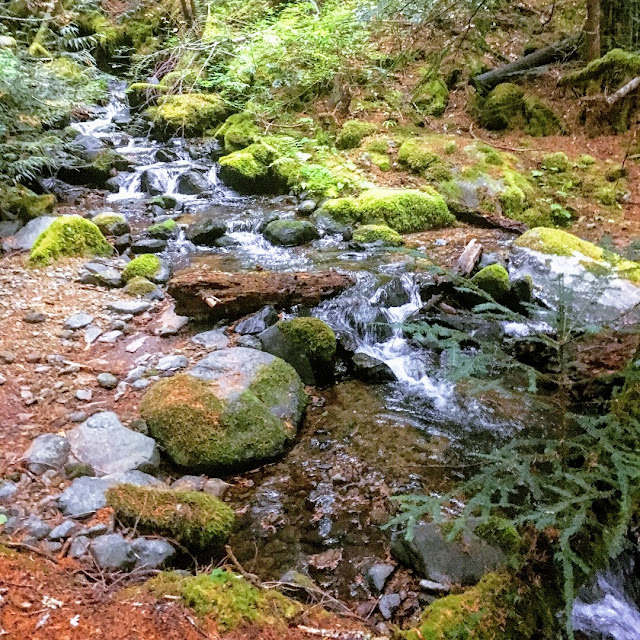 A week before our planned circumnavigation of Mt. Hood, we got ~18 inches of snow above 5500 feet on Mt. Hood, which covered a lot of the Timberline trail. So, as with most of our adventure runs this summer I had to come up with a Plan B.

Earlier in the summer when I planned our Salmon River – Devil’s Lookout – Hunchback Mountain route, I noticed on the map you could run from Salmon River to the Timberline Lodge. I pulled out the map and calculated the distance and it was ~36 miles, I wasn’t sure how much elevation gain we would have, but knowing we were starting low and ending at Timberline Lodge, I knew it would be a net gain.

Luckily my mom lives 8 miles from the Salmon River trailhead, so we decided to stay at her house Thursday morning and leave early to get a pre-dawn start. After work on Thursday I headed straight to Timberline Lodge to drop off my car, my mom met me and we headed back to her house for dinner. Susan arrived around 9pm, we got our stuff together for the next morning and headed off to bed.

We got to the trailhead a little later than planned, though it was still before sunrise, so we could get in some headlamp running. The weather called for rain and overcast skies, even as the sun came up it still felt dark outside. I was hoping we could get more sunlight so I could start to wake up a little, but I was happy it wasn’t raining, yet. About a mile into the run I felt a prick on my back that immediately turn to pain, as soon as I realized I had been stung by a yellow jacket I yelled, “FUCK… RUN!”. We started to run a lot faster but unfortunately it wasn’t quick enough, I got 2 more bites, one on my leg and another on my arm. Luckily, Susan had sting ease with her which eased the itching and pain. Yellow jackets are assholes!

We made our way through the rest of the familiar section of Salmon River unscathed, past the intersection with the Kinzel trail, where we normally turn up to go to Devil’s Lookout, to the last half of the Salmon River trail. To our surprise the trail was very well maintained and left very much like the first section on Salmon River. We passed quite a few amazing looking campsites. Just when we were wondering if we were ever going to reach the end, we saw the sign for Jackpot Meadows.

When we found the PCT, we got really excited. At this point we were ~15 miles into our run and had only walked a few sections of hills, so we were expecting a lot of climbing on the PCT. The section on the PCT from Jackpot Meadows past Frog Lake to Barlow Pass is a gradual climb but was very runnable to our amazement. We also were expecting the rain to have started but it was quite the opposite, the clouds opened to blue sky and sunshine. 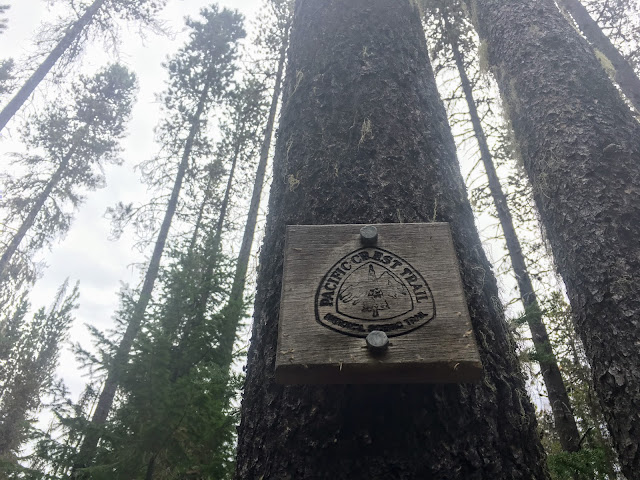 The PCT at Barlow Pass crosses Highway 35, somehow we lost the trail and ended up walking up and down 35 following a very confused Google Map. We eventually gave up on Google and pulled out the map. The PCT was hiding behind some concrete barricades and there was no obvious sign, but luckily, we found it. We had 5 more miles and ~2000 feet of climbing to Timberline Lodge. We were commenting on what good time we had made and how we had time to stop in the Lodge for a warm cocktail. 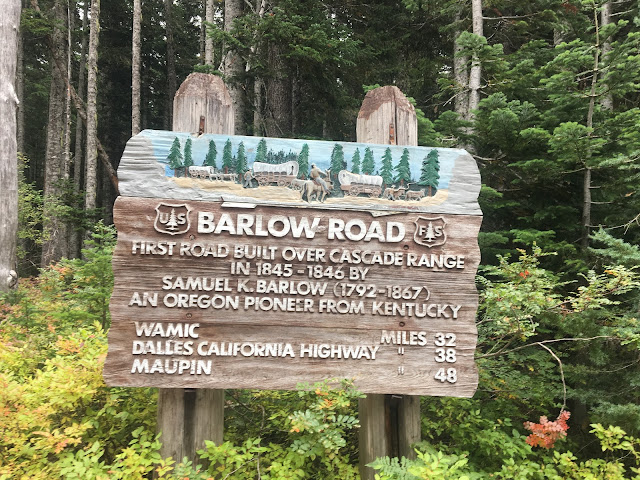 Probably a mile into the last five miles, Susan stopped mid-run, crouched down and started to point at something. I thought she was pointing at a chipmunk and she said, “no, I think I see a bear cub.” It was in fact a bear cub moving away from us, but where there is a baby there is a mama. We started to look around to see if could see the mother bear, we didn’t. We started to talk to make noise and slowly made our way down the trail. Fortunately, we never saw the mama bear. It was the first time I had ever seen a bear in the wild and the first time for Susan on the west coast.

As soon as we were above tree line the rain and wind started, we only had a mile or so left, but it was an uphill slog to the lodge. The last mile felt like 10 miles. Though we were very fortunate the rain had held off for as long as it did.

We made it to the lodge, took a quick selfie and headed up to the Ram’s Head bar for a drink. The waiter handed us the cocktail list and we must have looked perplexed, because he asked us if he could help us find a drink. We told him we really wanted warm, he told us that the hot drink list didn’t come out for another day, so we improvised. We toasted to another successful adventure run and a new favorite route.

You can’t really beat a day on the trail with your best friend, especially when it ends at a bar with a mountain view. 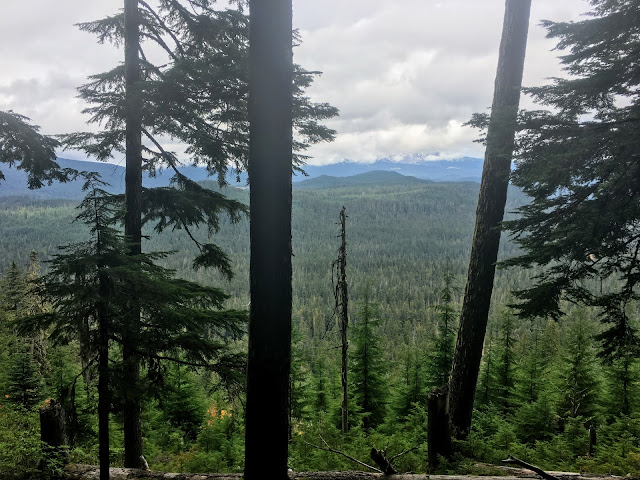 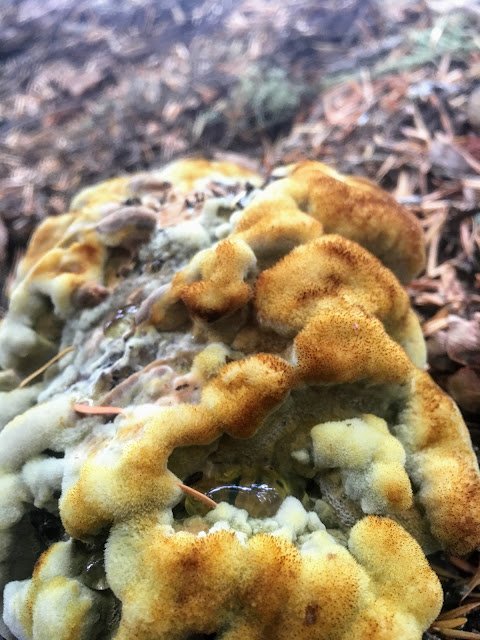 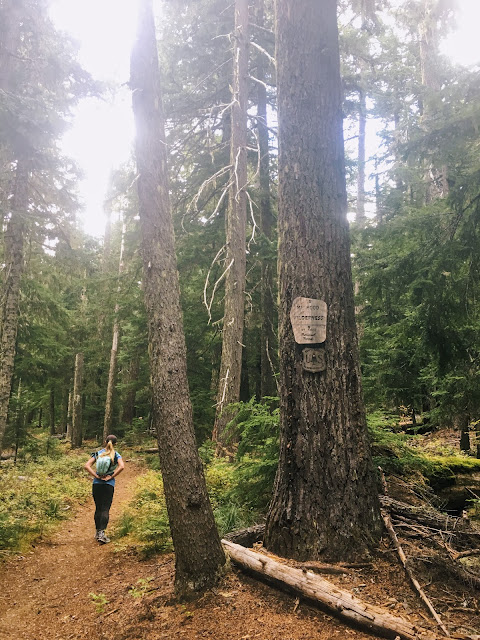 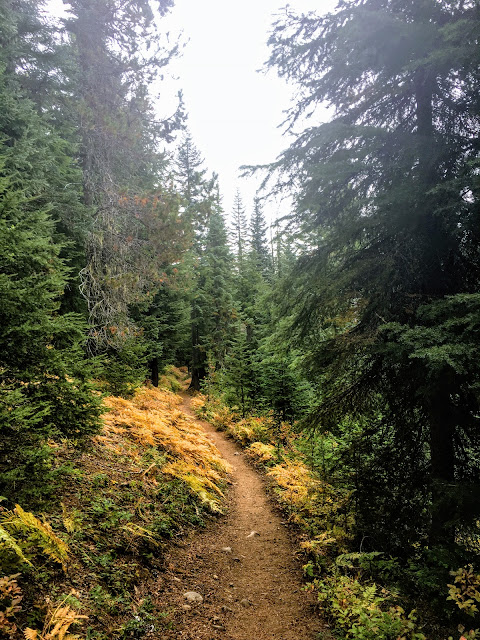 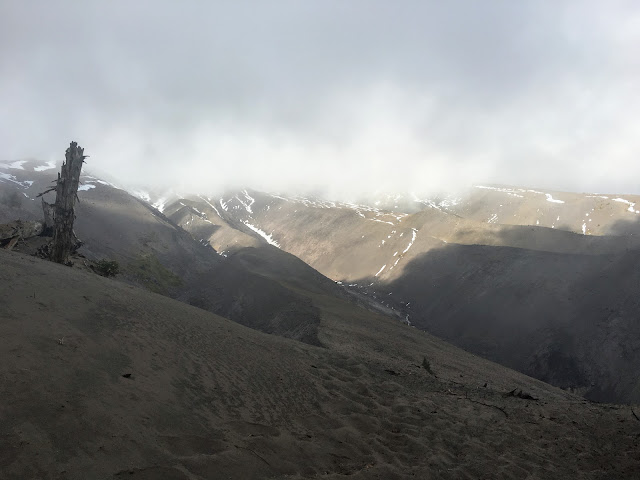