A week of running in the snow 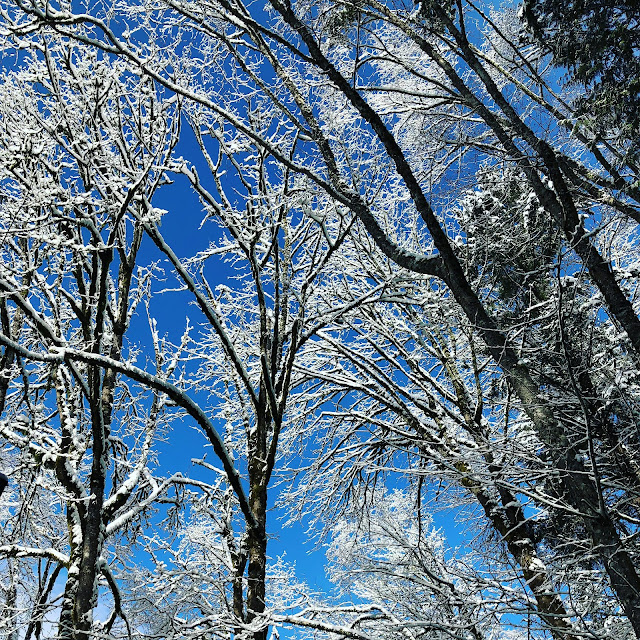 I returned home last Saturday after 2 weeks in Europe, mostly snowboarding in Austria (this is another blog post) and a little bit of work in London. The snowboarding was amazing, but I had not run in almost 2 weeks and was really looking forward to running with Susan on Sunday.


Susan planned a new 20 mile route for us at the north end of Forest Park, but we woke up to it snowing. The forecast had predicted snow later in the day, so not knowing how much snow we were going to get we decided to run closer to my house in case we needed to bail. Being extremely jet lagged, l looked up a 20 mile route in our blog while Susan drove over. We quickly got off the original route, don't trust someone with a few hours of sleep to navigate. Luckily, we know Forest Park pretty well and improvised and ended up with a new 20 mile route.

We had a lot of running in the snow and catching up. I thought not running for 2 weeks would make the run feel easy, but I guess all the snowboarding and lack of sleep caught up with me, the last 2 miles were awful.


It snowed off and on for the rest of the week and since I work from home now I had a lot of fun breaking trail in the snow. Nike was closed one day, so Susan was able to join me for a run. Now that the snow is melting and making the trails a sloppy mess, the novelty has worn off, but it was fun running in a snow globe for a week.