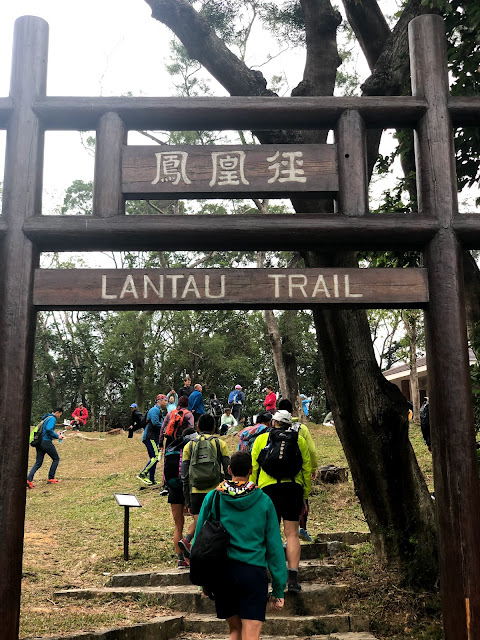 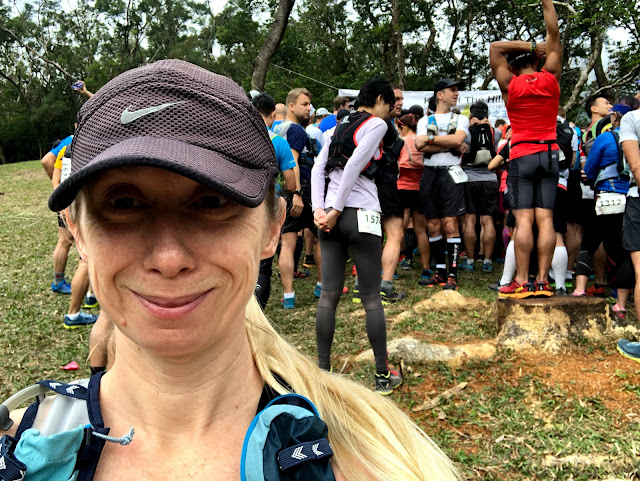 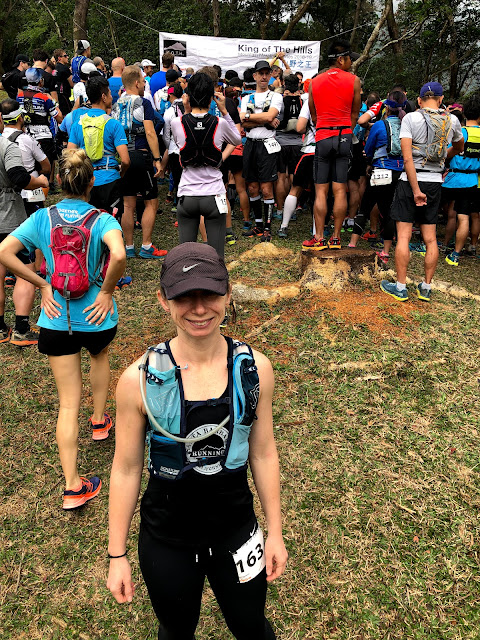 I was scheduled to arrive in Hong Kong the Thursday before the race, the race was on Sunday, but I felt like I was getting a cold and rescheduled my flight, which meant arriving the night before the race. What kind of crazy person flies 20+ hours to run a race they don't know much about the next day? Well I am that crazy person, but I did email the RD to see if I could change to the 1/2 marathon instead, luckily they let me.

My co-worker Eric who was in Hong Kong already and who speaks Cantonese decided to meet me Sunday morning and go to the race with me. This helped my anxiety a bit, since he could help make sure we got on the right ferry and bus.

I didn't get any real sleep on the plane and was hoping that I would be able to get a good night’s sleep before the race, but was only able to pull off 2 hours. 2 hours of sleep in ~40 hours and running a race I didn't know much about in an area I knew nothing about, what could possibly go wrong? 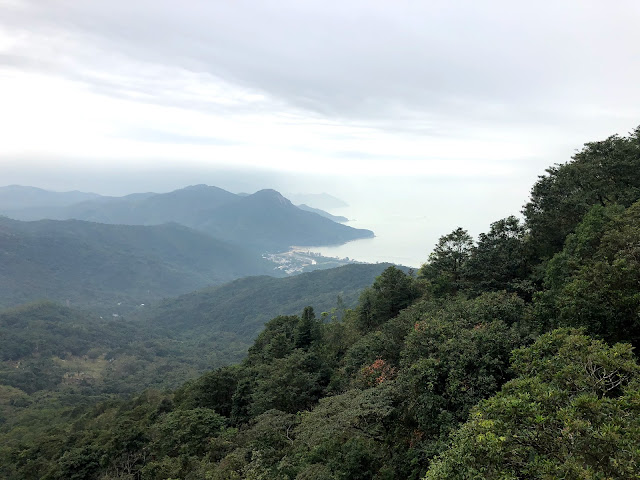 I got to the ferry pier before Eric did, but it was obvious which ferry to take, there were a ton of trail runners at pier 6. We got to Lantau an hour before the race, so we decided to find some coffee since I was exhausted. I was never so happy to see a Starbucks. 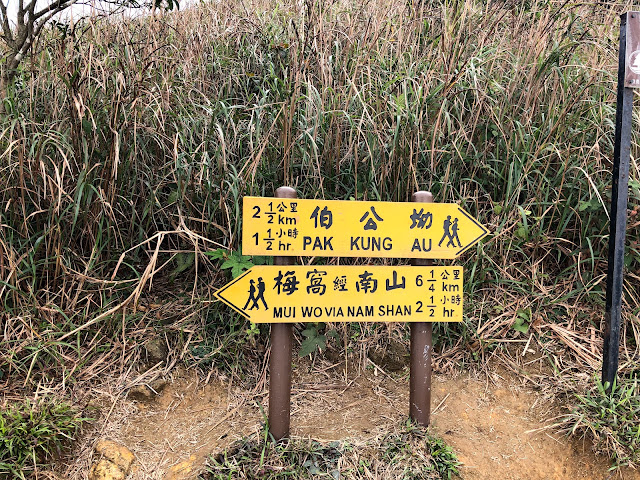 I told Eric it would probably only take me 2 hours to run the 1/2 marathon, which was actually only ~ 14km. Well that was my first mistake, underestimating the trails in Hong Kong.

The race started on a narrow trail and everyone was walking, I really wanted to run, maybe it was the caffeine. So I decided to pass people on the side of the trail and turned my right ankle pretty badly. I got back into the conga line and hoped that my ankle would calm down. We started to climb uphill, but the trail was made up of uneven, "stone steps". I was hoping it wasn't like this the whole way, but for 2.5 miles and ~2500 feet of gain, it was. The steps made it nearly impossible to run, though once the conga line started to thin out I was able to pass people, but I knew there was no way I was going to finish the race in 2 hours. It took me an hour to get to the top of the hill. The nice thing about walking uphill was I was able to enjoy the views more. 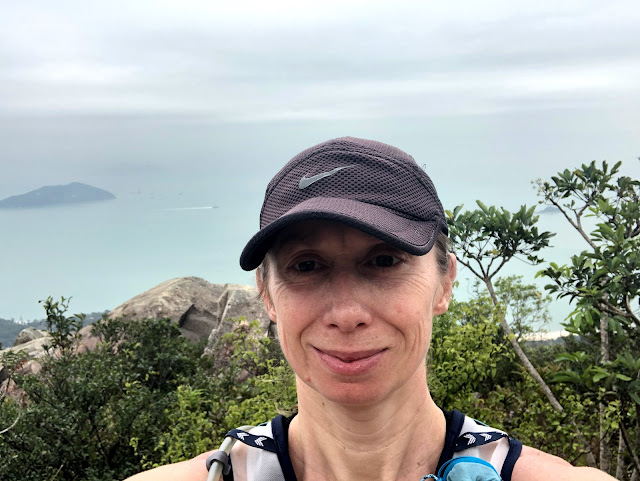 It was foggy on the upper part of the mountain which meant the stone steps were slick. Once we started to head downhill I was hoping I would start making up time, but there were still the slick stone steps. A lot of the people who I passed going uphill passed me going downhill, jumping from step to step. I tried to do this is as well, but slipped a few times and was worried about my ankle so I took it easy. 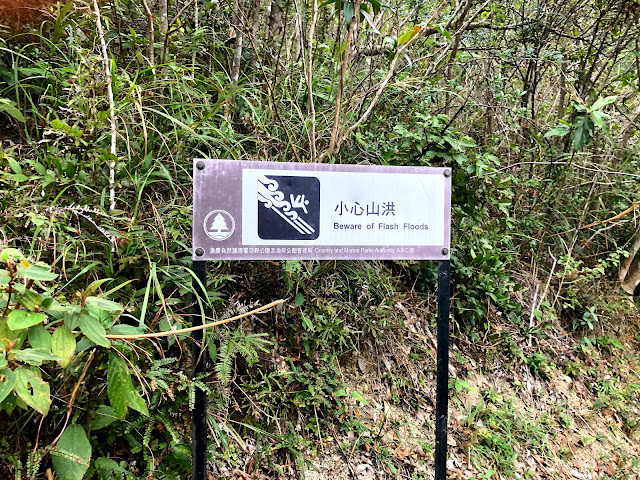 Luckily the stone steps stopped after ~1 mile and the trail was mostly runnable the rest of the way. I finished the race in just under 3 hours. It was humbling, but given the lack of sleep, travel and swollen ankle I wasn't that disappointed. All in all I enjoyed the race and really love experiencing small local trail races. I did this in Italy a few years ago as well and loved it. 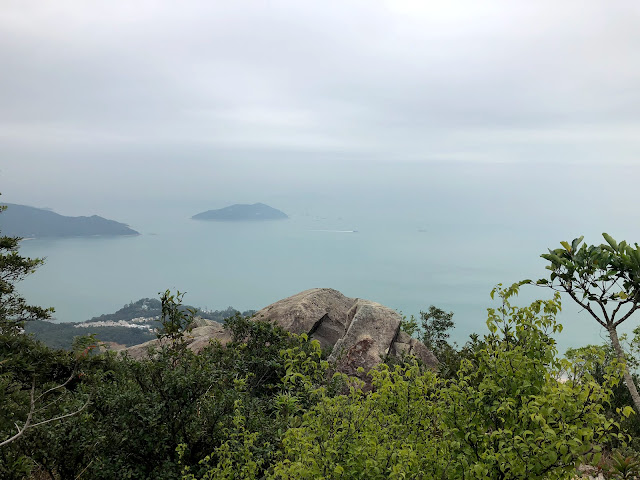 King of the Hills is no joke.