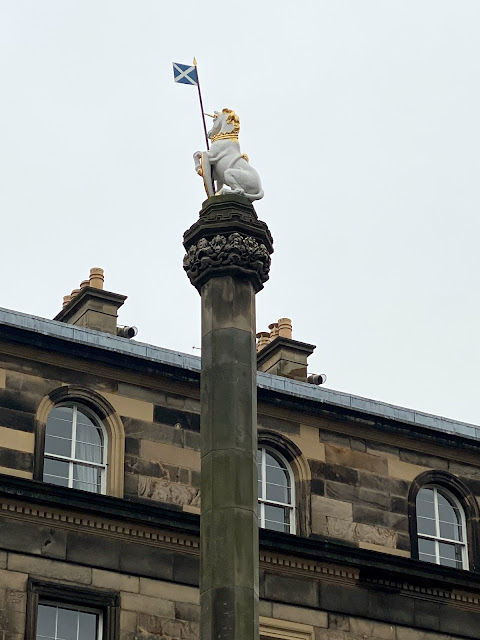 Earlier this year I got accepted to speak at a conference in London and when I bought my tickets I decided to fly in the weekend before. I originally thought I would fly to Switzerland and go running in the Alps, but didn't really think about the fact that a lot of the trails would be covered in snow in mid November. Once I realized this, I started looking for trail races in the UK. I found a half marathon an hour outside of Edinburgh called the Glentress Winter Half Marathon. The race was the morning after I arrived, I figured if I could run 62 miles on a few hours of sleep I could probably run 13. The caveat was I would have to drive from Edinburgh to the race, I have driven in some pretty crazy places but always on the left side of the car, I was nervous about driving on the other side of the car & road.


I decided to pick up the car next to my hotel versus at the airport, since I would only have to drive a mile after 15 hours of fly. I decided that would be enough to boost my confidence for the morning drive.  The one thing I didn't plan for was having to drive in the middle of Edinburgh at 5 pm on a Friday and the hotel didn't actually have a car park. But I kept telling myself "stay left, stay left", after an hour of driving around in circles I finally parked on the street and decided it was good enough. So begins my ~36 hours in Edinburgh. 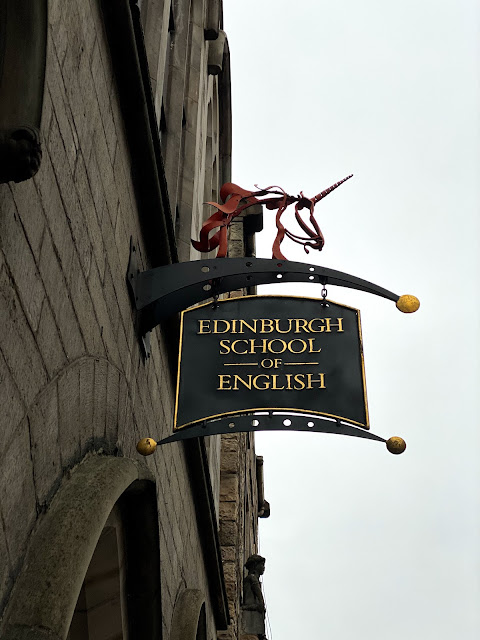 I searched for Vegetarian Food near my hotel and ended up at Novapizza, a Vegan and Vegetarian Pizza & Italian restaurant. The pizza was fairly decent but the wine was great. While I admittedly probably 1 one glass too many, I blame it on the stress of driving. After dinner I walked back to my hotel hoping for a good night's sleep. I fell asleep immediately at 8:30 pm but woke up at 11:30 pm and didn't fall back to sleep until 5 am.


Unfortunately I slept through my alarm and woke up at 10 am missing my race. I was upset, but was happy that I managed to get 5 hours of solid sleep. I decided to make the best of the day and play tourist in Edinburgh. I had a quick (free) breakfast at my hotel and returned my car. I was so happy I didn't have to deal with driving in the city anymore.

First I headed to the National Museum of Scotland to brush up on my Scottish history. But it's actually a lot more than Scottish history, it's also has a lot natural history and science exhibits and best off all it is free. After spending a few hours there I headed around the corner to find the statue of Bobby, a Skye terrier, (as legend goes) watched over the grave of his owner for 14 years and now oversees the Greyfriars Cemetery.


Then I headed over to Brew Lab for a coffee and a mid-afternoon snack. The coffee at Brew Lab was amazingly good and the place was packed with college students on their laptops, so I didn't feel out of place browsing on my phone. 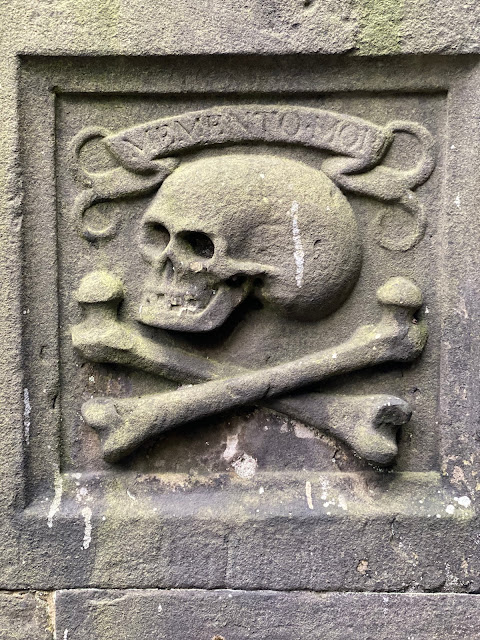 Once I had my caffeine fix I headed over to the very modern Scottish Parliament building for a stroll around. I also popped into the Scottish Poetry Library and looked around, even though I really know nothing about Poetry. After a day of sightseeing I thought it was time to taste a little Scotch Whisky. 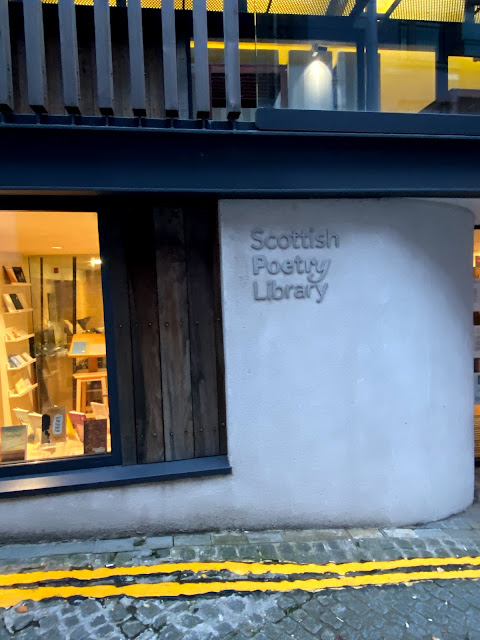 A friend of mine recommended The Scotch Malt Whisky Society, a whisky club specializing in single cask whiskies. You have to be a member to buy a bottle, but not to taste. I went with a flight that the bartender recommended, he said it highlighted 3 very different types of Scotch. (I do know a bit about Scotch)  I tried a Speyside, Highland and an Islay. They were all very good and smooth. I normally don't like the peaty Islay Scotches, but this one was very mild and didn't taste like I was drinking a bottle of boozy liquid smoke.


After my Scotch tasting I figured it was best to get something in my stomach. I walked over to the popular gastro pub Scran and Scallie, which was booked for the evening, but I thought I had a chance of getting a bar seat since I was a party of one. I had to wait 15 minutes, but I did get one of the 3 bar seats. I had a nice homemade veggie burger & chips with a local IPA. After a nice conversation with the bartender I headed back to my hotel for the evening.

I had an unmemorable breakfast at my hotel and headed out for my DIY running tour around parks / green areas near Edinburgh. I only had a few hours to run before I needed to get back to catch my flight, so first on the running agenda was Holyrood Park and to the top of Arthur's Seat.  Holyrood Park is a 650 acre hilly natural park just outside of Edinburgh. It used to be a 12th-century royal hunting estate. The highest peak in the park is called Arthur's Seat and on clear days you get amazing views of the city. As I got to the top of Arthur's peak I noticed how crowded it was so I opted to just go to the peak next to it. It wasn't as high but it was less crowded and still had amazing views.

As I was taking in the views I noticed something that looked like a Greek ruin. Using Google Maps I was able to determine it was the National Monument of Scotland located in Carlton Hill. Since I still have a bit of time before I needed to head back to the hotel I decided to run over and check it out. I was surprised to find that the National Monument was not the only monument on the top of Carlton Hill. Unfortunately, by the time I reached the top of the hill I was pressed for time so I had to quickly run by everything without stopping to read the descriptions.

Despite missing my race, I was pretty happy with my quick weekend in Edinburgh.