Type 2 fun in the Gorge 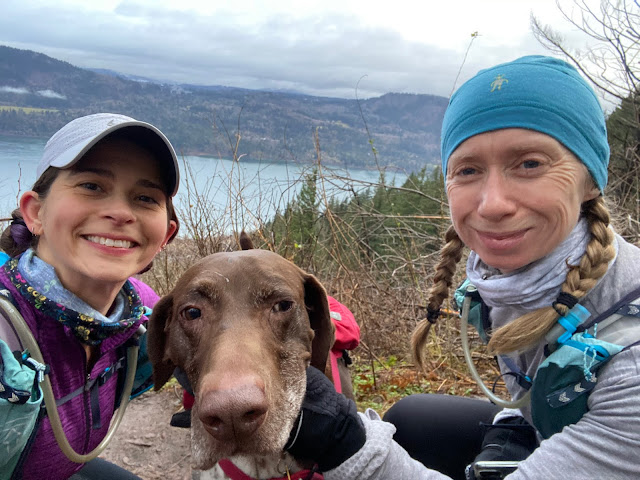 REI defines type 2 fun as miserable while it’s happening, but fun in retrospect. It usually begins with the best intentions, and then things get carried away. While type 1 fun is enjoyable while it is happening. To be fair I think our run in the Gorge was probably type 1.5 fun. But most people would categorize a run in the cold with pouring rain and snow on muddy trails with down trees as type 2 fun. 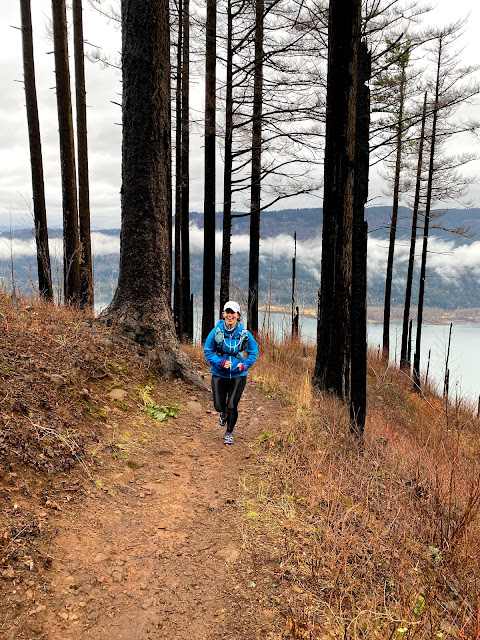 Neither one of us had been hiking or running in the Gorge since the start of Covid. For several months all the trails were closed and once they opened they were super crowded, so we avoided the area. But now that it's snowing we are limited on where we can run. I figured with the crappy weather there would be less people in the Gorge, so we decided to start our day off run at Angel's Rest. 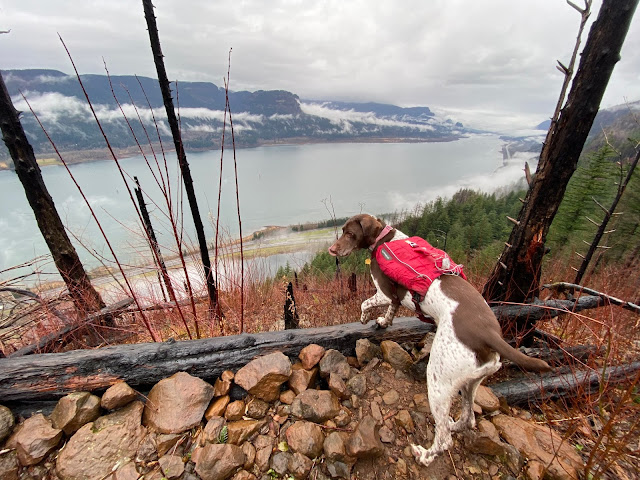 The weather wasn't awful when we started, so we made sure to get picture of the Gorge when we reached the top on Angel's Rest. But shortly after we crested the rain started. We really didn't have a route in mind, but we know the trails pretty well so we decided to run to the top of Larch Mountain and make our way back. 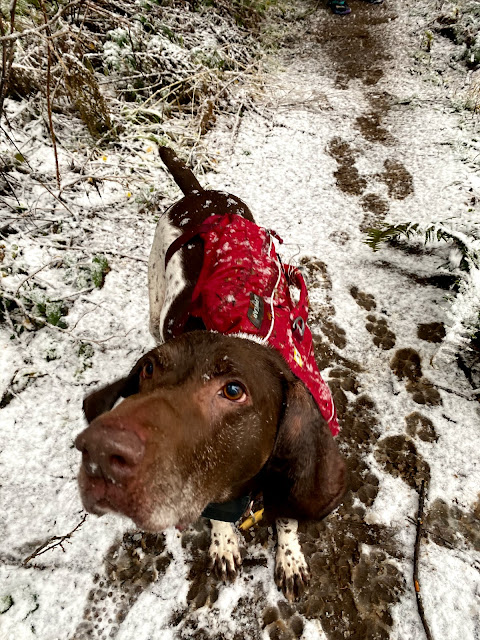 On the way to the top of Larch I slipped and twisted my ankle and wasn't sure if I was going to be able to keep going. Luckily after walking it out for a bit I was ok, but I was super paranoid of the sloppy trail conditions. As we started to get closer to the top of Larch there were a lot of down trees, so we decided to turn around. I really didn't want to climb and jump over tress in the rain with my sore ankle. 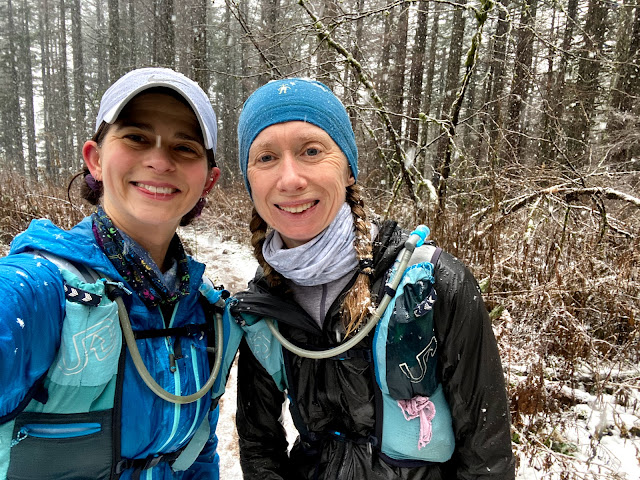 On our way back we decided to run up to Devil's Rest and we were rewarded with snow. It was a nice change from the rain and it was so beautiful. Cedar had a ball rolling in the snow and "catching" snowballs. But what goes up must come down.... 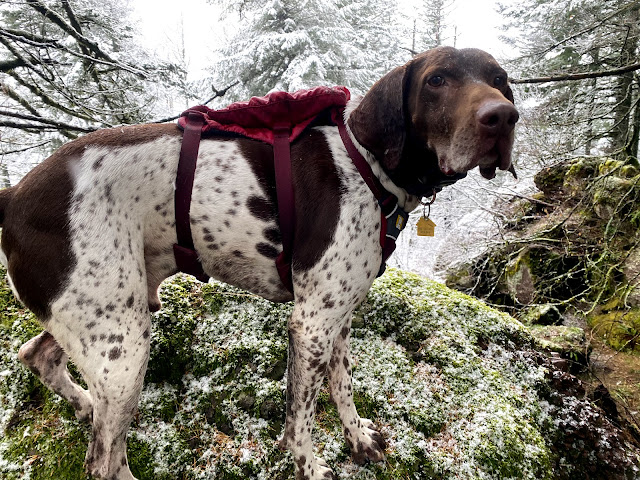 As we headed down from Devil's Rest Susan and Cedar started to get pretty cold so we decided to head back to the car. 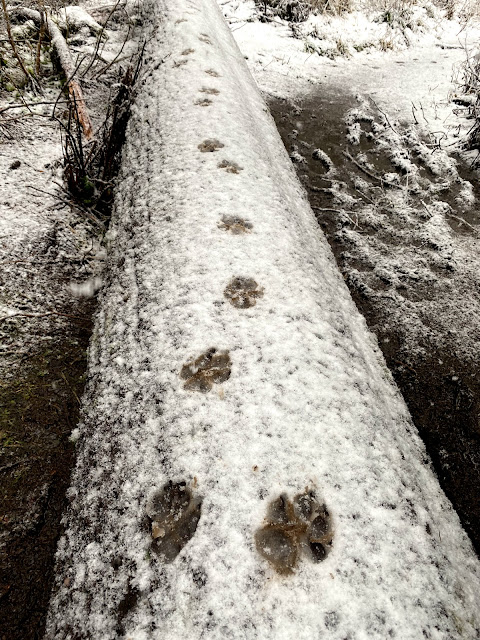 Despite less than favorable we had a great run and only saw a few people. Even in shitty weather, running all day with your best friend beats working.
adventure gorge
Location: Angels Rest, Oregon 97019, USA