By Ann Wallace - May 18, 2014
We had originally planned on running the last of the "Nasty Series" with Animal Athletics on Saturday, until I realized it was the last day of the season for snowboarding at Mt. Hood Meadows. So we opted for our own "Nasty" on Sunday instead. 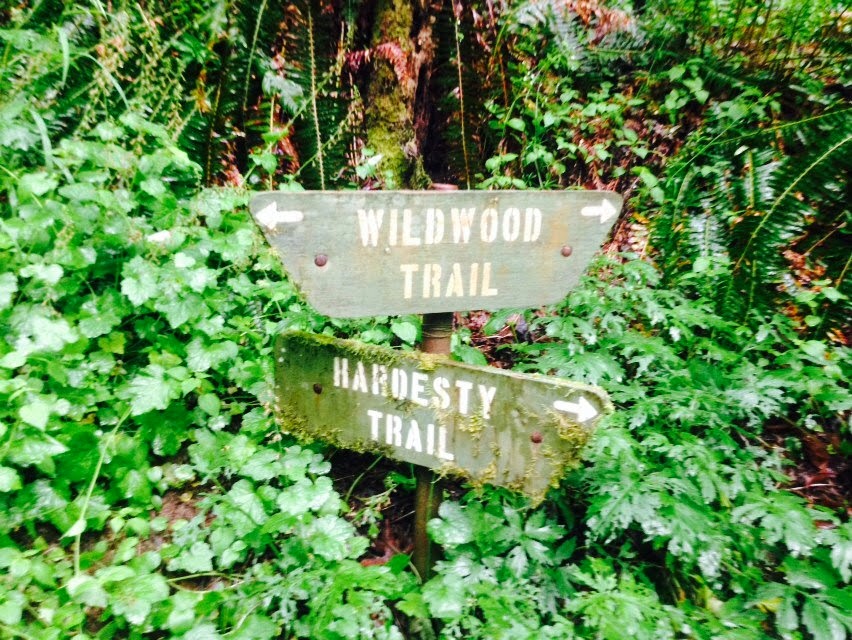 Just as I started to plan the route on Saturday evening, which I thought was mostly going to be a point to point on Wildwood, Susan texted me to say how cranky she was that she didn't get to on Saturday. So I figured that I better make the route a little more exciting than just mostly Wildwood.

As much as we run in Forest Park I am amazed when one of us comes with a route that feels completely new, sometimes it is just the changing of the seasons, sometimes on a rare occasion we run on a trail we have never been on before. The latter was the case this time. Somehow we have never started on Firelane 15 before. It is a nice wide, well graded trail, which actually goes uphill from Skyline, most of the (if not all) trails run down from Skyline.

The rest of the route was a lot of ups and downs between Leif Erikson, Wildwood and NW 53rd, but nothing too unmanageable. 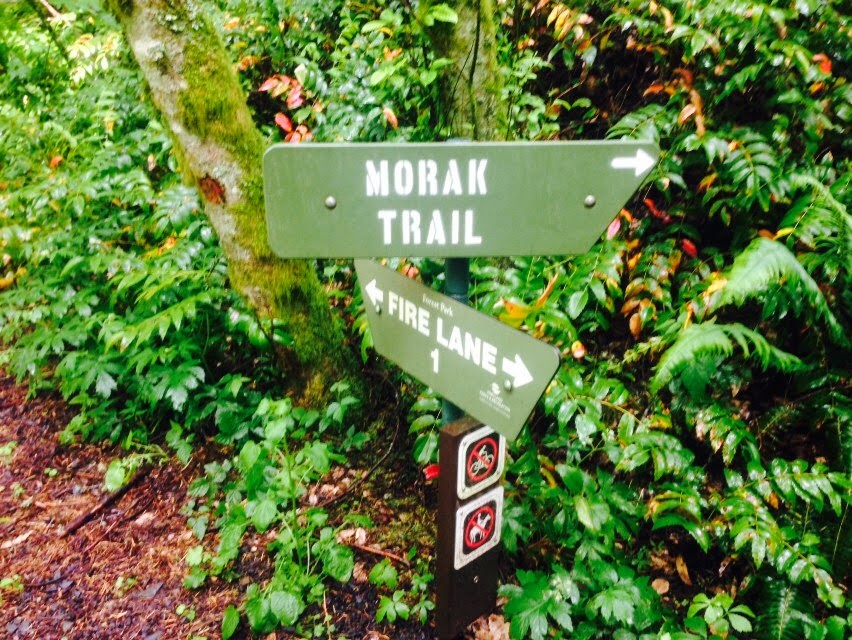 We enjoyed typical Portland spring weather, rain, sun, temperatures in the 50s, perfect running weather. Luckily we missed the hail storm that hit minutes after we got to my house.